Sherry Kaullen on Monday described her husband BJ’s recovery as one of the greatest comebacks of all time and said she is grateful not only for the fact that he survived the Aug. 25 accident …

BJ and Sherry Kaullen have kept their faith through the accident and recovery.
Submitted Photo

Sherry Kaullen on Monday described her husband BJ’s recovery as one of the greatest comebacks of all time and said she is grateful not only for the fact that he survived the Aug. 25 accident but for the outpouring of support.

“It’s truly unbelievable to me,” said Sherry, who has rarely left BJ’s side since he was admitted to the hospital. “It still feels like Aug. 24 to me but watching him recover and get a little better every day is amazing.”

BJ has had a full-time lawn-service business since leaving Osage Ambulance in April, with clients in both Osage and Cole counties. He was seriously injured while trimming grass between the shoulder of the northbound lanes and the sidewalk at a client’s property on Southwest Boulevard in Jefferson City.

“There is a curb, and then a strip of grass maybe three or four feet wide, and the sidewalk.” Sherry said. “He was on the sidewalk side, so a lot of things had to happen for that SUV to hit him.”

When the vehicle hit him, BJ struck the hood and fell to the ground, where he sustained head injuries.

Sherry said she learned of the accident about a half-hour after it happened, and as luck (or fate) would have it, her brother, Brian Leivian, is a Jefferson City firefighter.

“I called him as soon as I found out to see if he knew about it or could get information,” Sherry recalls. “He had just finished his shift, or Brian would have been called to the scene.”

Within a short time, he learned from fellow firefighters what had happened, and the prognosis was not good. “He was told that BJ was in pretty bad shape, and it didn’t look like he was going to make it,” Sherry said.

But he did make it. “I’m so thankful that these professionals in fire and EMS were on the scene so quickly,” Sherry added. “They intubated him in the ambulance and took him to meet up with Airvac at the Jefferson City airport.”

BJ was flown to University Hospital in Columbia, and his breathing was labored.

“They called it ‘agonal breathing,’ which is when someone who is not getting enough oxygen is gasping for air. The chest is moving, but the person is really not breathing.”

This is usually due to cardiac arrest or stroke and is described as a natural reflex that happens when your brain is not getting the oxygen it needs to survive. Agonal breathing is usually a sign that a person is near death.

“That was very scary,” Sherry said. “I never imagined that something like this would happen to BJ. The fact that he wasn’t killed immediately is remarkable, but to survive not breathing and the head injuries is a miracle.”

Sherry and her family are members of St. George Catholic Church in Linn and drew upon their faith to withstand the overwhelming feeling of despair.

“We believe in the power of prayer, and right away, we were getting messages from friends and family, and people were posting on Facebook, asking for prayers,” Sherry said. “This brought the community together in a way I wasn’t expecting.”

BJ was unresponsive for about two weeks as doctors watched his progress. “He battled through it,” Sherry said. “He was taken off the ventilator, and then a trach-tube was placed to assist his breathing.”

On Sunday, Sherry updated her Facebook page with this post: “I think he’s starting to realize it’s been a long 31 days. We had family and friends visit today, and he was very emotional. There was not a dry eye in the room. It’s so damn hard - and he repeatedly says, ‘This sucks!’ I agree; this does suck! I try my best to comfort him and also redirect him to something else.”

That’s when the music comes into play, Sherry added. “Some days he feels the music, some days he’s had enough,” she posted. “Today, he felt it. He loves all genres of music, and I play whatever may fuel his soul. Tonight, while resting in bed, listening to music - he was singing the words loudly — music to my ears. I haven’t heard him actually sing in 31 long days. I brought clothes for him to wear. I was ready to see him in real clothes, and I’m sure he was too. We got to sit outside a couple of times today, and he walked and rode in the halls.”

Sherry later said that BJ is an expert “air” guitarist and drummer, often jamming to whatever music is playing. On Sunday, she played a selection by Chris Stapleton that hit the right vibe, and he reacted.

BJ was able to take a shower and took pride in his ability to walk the length of the hallway at the hospital.

“He’s DONE lying in bed,” Sherry wrote in her post.

While BJ is recovering, lawn service colleagues have pitched in to serve his clients. Sherry said several crews in Linn and others in Jefferson City are donating their time to help. Family and friends have called to offer support. “People I don’t even know have called or sent texts to BJ’s phone, letters, or posted on Facebook,” Sherry said. “It’s just unbelievable.”

A salesman who visits Osage Ambulance and befriended BJ offered to help with machine maintenance.

“BJ is a giver and has always developed friendships with his clients,” Sherry said. “He’s not a ‘mow-and-go’ kind of guy. I was worried he would be upset by everyone helping him because he’s always been the giver, not the receiver.”

However, a deacon gave her some good advice. “He told me to let others give to him,” Sherry said. “Let others have the good feeling of helping their friend. I needed to hear that and understand it’s okay to step back a little.”

Sherry said her resolve has been tested and found to be more than sufficient. “I have a newfound strength I never knew I had,” she added. “BJ has always been everyone’s cheerleader, no matter the sport. He loves to help others and see them succeed. I admire that, and now it’s our turn to be cheerleaders for him.”

As she has kept a bedside vigil, Sherry was touched by the fact that so many events were taking place back home.

A candlelight vigil was held at Linn City Park on Sept. 14, and an effort is also underway in which a stencil-painted logo has been applied to lawns in the area.

“Thank you to all that purchased a ‘BJ Strong’ yard stencil,” Sherry said. “Some of Lydia’s softball teammates were out painting in town. The generosity is overwhelming. We’ve had so much support, and we appreciate it.”

Christa Warren organized several activities at the softball game on Friday between Linn and Fatima with the theme, “This one is for you, BJ!”

In addition to t-shirts sales, a silent auction was held, and a 50-50 drawing generated about $850, which winner Teresa Beaulieu donated to the family.

Linn R-2 Athletics and the 15U Linn softball team.

Sherry also extended her appreciation to her employer of 22 years, Three Rivers Electric Cooperative in Linn. “Words can’t begin to describe how thankful I am for their support,” she said. “My coworkers have been great, and the folks at Osage Ambulance have been amazing. Even though he left in April, they still treat him like family.”

Sherry also thanked her parents, Ed and Bridget Leivian, her daughters, Lauren and Lydia, her brothers, Brian, Craig and Kyle Leivian, and their wives, Nathan and Amy Ames, Chris and Tammy Reichart with Show Me Axe House, Clayton Krieg with The Art House Tattoo, her neighbors, and the Jefferson City Police Department for checking on BJ on a regular basis.

Sherry said there is no timeline for BJ’s recovery or when he’ll go home. “We’re taking it one day at a time, you know, baby steps,” she said. “It will take a while, but he’s strong, and I’m very hopeful.”

When the time comes, BJ will undergo speech, physical, cognitive, and occupational therapy.

For now, Sherry asks for continued support and prayers for BJ and her family for this journey’s physical and emotional side.

“We are not broken,” she said. “We are stronger every day — BJ STRONG.”

A chili supper, mouse race, and dance benefit has been scheduled for Nov. 12 at the Osage County Community Center. 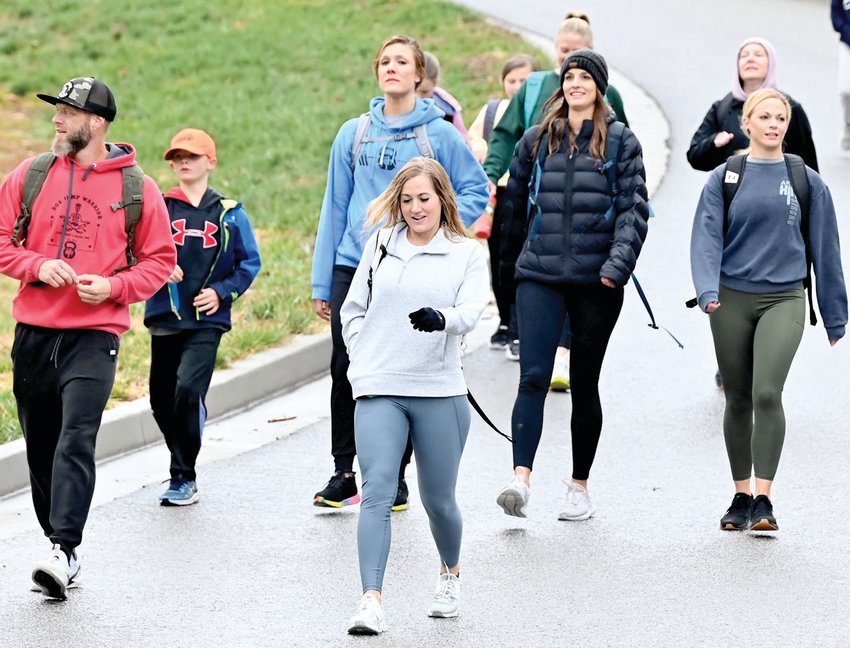 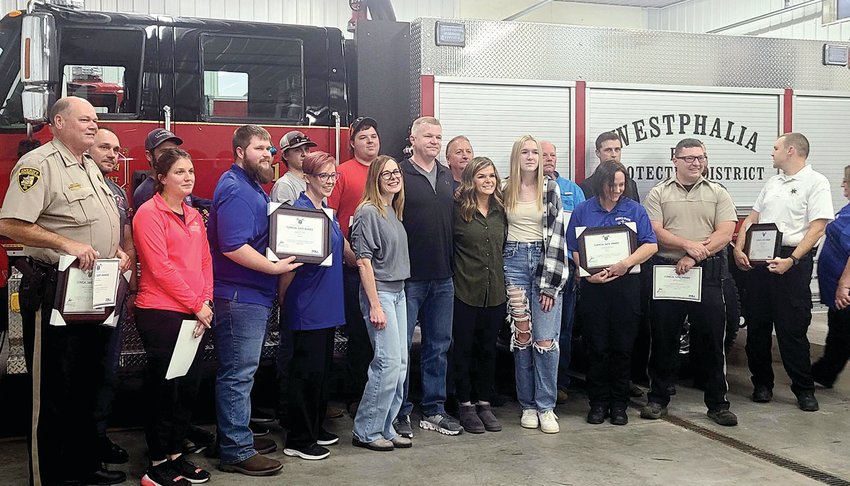 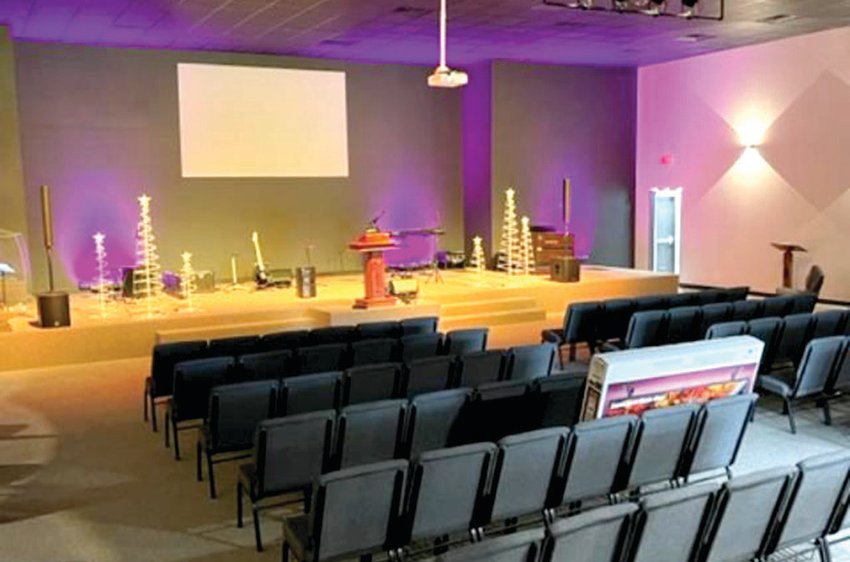 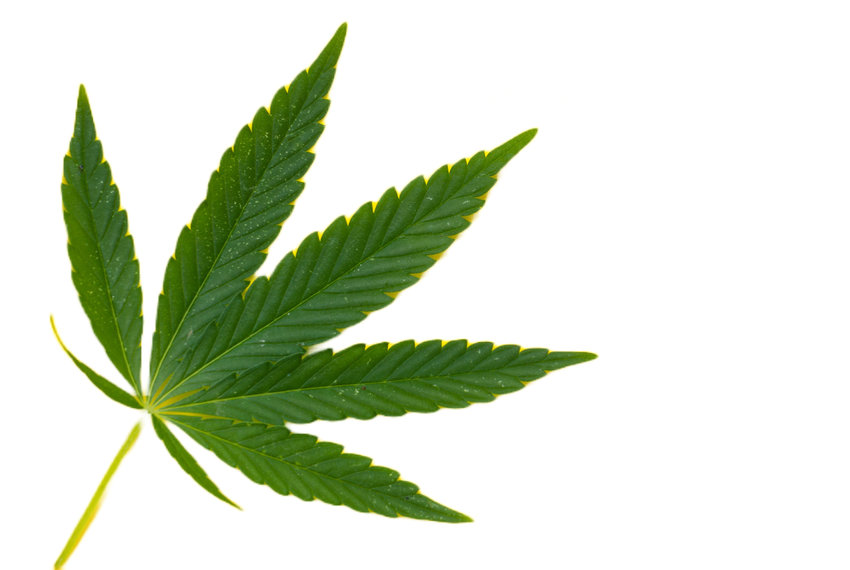